Why the Netflix hit 'Insatiable' is SUCH a Problem

So. Here we are again. The endless news story, battle and crisis of defining a woman's worth based on her aesthetic appearance . Netflix have realised (and now renewed for second season) a fatphobic, LGBTQ+ stereotyping and all-round problematic "revenge body narrative" show Insatiable . Really? This isn't 1950 anymore. This isn't okay anymore. I mean, that may have been a bit harsh. But like many of Netflix's teen realises - Insatiable  is almost positive, but just totally misses the mark. Like Riverdale  and Thirteen Reasons Why , Netflix attempts to live in a modern, progressive era and send a positive message to today's youth - but just goes about it all in such a misguided way. So. Here's my list of 5 reasons why the show missed the mark and wound up being offensive and just generally inexcusable: 1. The Blurring of Being Overweight and Being Mentally Unwell It is frequently mentioned that Patty (the central character, who - after ha
Post a Comment
Read more

Instagram Worsens My Anxiety And Contributed To My Depression

That Time A Beer Gave Me A Panic Attack - My First Piece For 'You, Me & Anxiety'

The Evolution of Miss America - Bye Bye to the Bikini 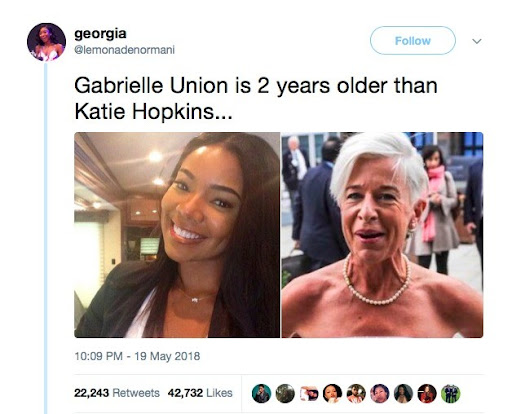 Peep Show and Gender - An Exploration of the 'Male Animal'

An Ode to Chimamanda Ngozi Adichie

Sexual Harassment - An Argument I Had Yesterday